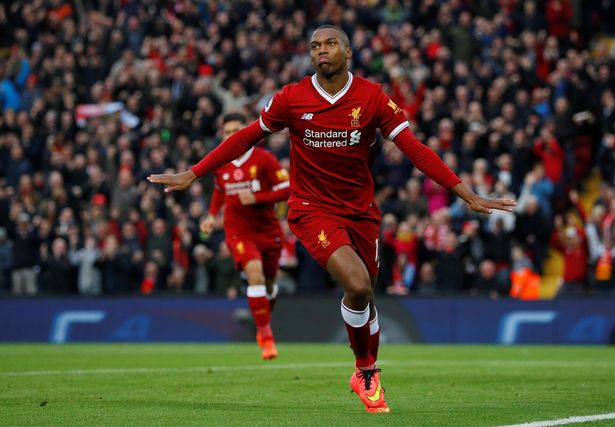 As far as “must-win” games go, Liverpool’s Saturday encounter with Huddersfield was just about as “must-win” as they come. The wider context around Liverpool’s season and prolonged rut in form dictated as much; three points as absolutely essential for Jürgen Klopp and his side. Zero margin for error.

With David Wagner’s side bouncing into Anfield full of confidence after having beaten Man United last weekend, the visit of Huddersfield was not the kind of attractive proposition it might have seemed when the fixture list first came out. There are no easy games in this league and with Klopp’s best mate in the opposite dugout, one would think he’d have a fairly good idea how to go about setting up for a result against Liverpool.

There has become a fairly established template for bottom-half sides against Liverpool now; that is, to stay compact, sit deep and invite Liverpool on while waiting for an individual error or a set piece opportunity at the other end. Huddersfield tried to do exactly that, although their sheer lack of attacking ambition was at the upper end of the scale of “parked buses” which have come to Anfield in recent times.

Klopp’s team selection erred on the side of caution, opting to go with predominantly the same players who had let him down so profoundly against Spurs last weekend. Few could have argued had he made wholesale changes, but faith was put in his regulars to get the job done. A bold but perhaps unsurprising approach from a manager who has continually stuck to his guns throughout his time at the club, rarely ever making drastic changes unless absolutely necessary.

For the first half, it looked as if playing safe with the plodding and lethargic midfield trio of Jordan Henderson, James Milner and Gini Wijnaldum had backfired. Huddersfield were comfortable, able to sit in and keep their shape without being pulled around by any kind of intelligent movement or creative spark by Liverpool. The lack of confidence and the fear of making a mistake was obvious to see, as countless sideways passes made for tedious viewing.

The penalty decision came out of nowhere with a foul at a set piece, but the breakthrough never felt like an inevitability. The deliberation around who should take the spot-kick was symptomatic of a side unsure of themselves and lacking in self-belief. The two most likely candidates- Milner and Roberto Firmino- both seemed like they didn’t fancy it having missed their most recent penalties and the duty was instead passed to Mohamed Salah, presumably given his recent winning strike to send Egypt to the World Cup.

In keeping with Liverpool’s lack of ruthlessness of late, Salah’s penalty was struck straight down the middle and Henderson hit the post from the rebound in what was a passage of play which neatly summed up Liverpool’s predicament of late. Ever so close, but not quite able to make it count. Coming on the brink of half-time, it felt like a moment which might be looked back upon as another hugely costly missed opportunity should Liverpool have gone on to drop points.

For much of this season, there has either been a plateau or more often a drop-off in Liverpool’s performance level after the break. Yet whatever the manager said at half-time, it clearly worked as Liverpool came sprinting out of the blocks in the second-half with a much greater tempo and intensity to their play, both in and out of possession.

As tends to happen when an opposition side is under so much constant pressure to defend, eventually an error will occur and all it took was one misplaced defensive header into the path of Daniel Sturridge for Liverpool to get the lucky break they needed. While he made it look simple, this wasn’t an easy finish for Sturridge but he did exactly what he was on the pitch to do, keeping his composure to calmly loft the ball over the keeper for the opening goal. Wriggly arms commence- his 100th senior club career goal.

The response to going 1-0 up in somewhat fortuitous circumstances was even more impressive as Liverpool kept their foot on the gas and refused to ease off despite their advantage. A superb lofted pass from Henderson found Firmino inside the box, cutting the ball back to Sturridge only for a last-ditch interception to deny a certain goal.

From the resulting corner, Firmino made it count with a clinical close-range header after escaping Aaron Mooy’s loose marking to double Liverpool’s lead. The kind of goal Liverpool don’t score nearly enough of, but exactly the kind you want to see your number nine scoring on a more regular basis.

It knocked the stuffing out of Huddersfield, as Liverpool went on to control the game in a mature manner to ensure three points were never in doubt thereafter. Joe Gomez’ dominant and assured performance as a quasi-right-sided-centre-back despite Liverpool nominally playing a back four was key to the stability of the defensive display, as he rarely ever ventured beyond the halfway line and was always in the right place to mop up loose balls and win his battles when necessary.

With this tactical tweak, Liverpool never looked like conceding and ensured Huddersfield managed no shots on target and no shots from inside the box for the entire game. A home record of four clean sheets and just one goal conceded from five league games is very impressive, yet simultaneously confusing given the disastrous defensive record on the road- although it suggests that Liverpool are capable of getting it right at the back. Developing the consistency to apply that solidity away from home is the crucial next step.

A fine individual strike from Wijnaldum, rifling a bullet into the roof of the net after working the space well from Salah’s pass wrapped up the victory in style to secure a comprehensive three points in front of the Kop. It was the Dutchman’s first goal of a campaign in which is he has so far struggled to kick on following his promising first season at the club, but this strike should hopefully give him a much-needed confidence boost to recapture the form he is capable of on a more regular basis.

Indeed, it was important for Firmino and Sturridge to both find themselves on the scoresheet given their recent struggles in front of goal. Firmino now sits on seven for the season in all competitions (having now reached 30 goals in total for Liverpool) and is well on track to record a career-high tally should he remain fit for the majority of the campaign.

Further positives were there to be taken in Henderson’s energetic second-half display in which he was instrumental in setting a higher tempo and carving out several excellent situations with his long-range passing. Alex Oxlade-Chamberlain delivered another bright cameo off the bench, linking up well with Dominic Solanke and should be pressing for a start in midweek against Maribor. He now seems to be regaining some confidence which can only be a good thing heading into the congested winter period.

While it’s very easy to scoff at a home win against a promoted side, recent seasons have shown the difficulty these fixtures can pose if mistakes and complacency creep in. Of course, Liverpool should be expected to take three points against Huddersfield but actually doing so in a professional manner is not a given. Liverpool didn’t create bucketloads of clear-cut chances here, but they scored two “cheap” goals and were clinical when they needed to be.

A regulation 3-0 home victory is a much rarer occurrence than it ought to be and on this occasion Liverpool should take encouragement from achieving that feat, especially given the absence of arguably the two finest players at the club in Sadio Mané and Philippe Coutinho- as well as Adam Lallana and Nathaniel Clyne.

This must now be the first in a series of three big results in a week which could prove a crossroads in Liverpool’s season. Maribor and West Ham must be treated in exactly the same vein- games which, on paper, should be victories, but which require a steely determination and assurance to ensure that clear superiority is converted into a result.

One thought on “Liverpool 3-0 Huddersfield: Analysis”